Babel: Or the Necessity of Violence: An Arcane History of the Oxford Translators' Revolution

Finishing a book like this is equal parts pleasure and pain: pleasure in reading something so striking and beautiful juxtaposed by the pain of it ending. Few books have brought tears to my eyes; Kuang’sBabelis now numbered among them.

“Absolutely phenomenal. One of the most brilliant, razor-sharp books I've had the pleasure of reading that isn't just an alternative fantastical history, but an interrogative one; one that grabs colonial history and the Industrial Revolution, turns it over, and shakes it out.” -- Shannon Chakraborty, bestselling author of The City of Brass

From award-winning author R. F. Kuang comes Babel, a thematic response to The Secret History and a tonal retort to Jonathan Strange & Mr. Norrell that grapples with student revolutions, colonial resistance, and the use of language and translation as the dominating tool of the British empire.

Traduttore, traditore: An act of translation is always an act of betrayal.

1828. Robin Swift, orphaned by cholera in Canton, is brought to London by the mysterious Professor Lovell. There, he trains for years in Latin, Ancient Greek, and Chinese, all in preparation for the day he’ll enroll in Oxford University’s prestigious Royal Institute of Translation—also known as Babel.

Babel is the world's center for translation and, more importantly, magic. Silver working—the art of manifesting the meaning lost in translation using enchanted silver bars—has made the British unparalleled in power, as its knowledge serves the Empire’s quest for colonization.

For Robin, Oxford is a utopia dedicated to the pursuit of knowledge. But knowledge obeys power, and as a Chinese boy raised in Britain, Robin realizes serving Babel means betraying his motherland. As his studies progress, Robin finds himself caught between Babel and the shadowy Hermes Society, an organization dedicated to stopping imperial expansion. When Britain pursues an unjust war with China over silver and opium, Robin must decide…

Can powerful institutions be changed from within, or does revolution always require violence?

Rebecca F. Kuang is a Marshall Scholar, Chinese-English translator, and the Astounding Award-winning and the Hugo, Nebula, Locus, and World Fantasy Award nominated author of the Poppy War trilogy and the forthcoming Babel. Her work has won the Crawford Award and the Compton Crook Award for Best First Novel. She has an MPhil in Chinese Studies from Cambridge and an MSc in Contemporary Chinese Studies from Oxford; she is now pursuing a PhD in East Asian Languages and Literatures at Yale.

Praise for Babel: Or the Necessity of Violence: An Arcane History of the Oxford Translators' Revolution

“Babel has earned tremendous praise and deserves all of it. It’s Philip Pullman’s The Golden Compass by way of N.K. Jemisin’s The Fifth Season: inventive and engaging, passionate and precise. Kuang is fiercely disciplined even when she’s playful and experimental … Like the silver bars at its heart—like empires and academic institutions both—Babel derives its power from sustaining a contradiction, from trying to hold in your head both love and hatred for the charming thing that sustains itself by devouring you.”  — New York Times Book Review

“A fantastical takedown of 19th-century imperialism that’s as meaty as its title. R.F. Kuang proved her prowess at blending history and magic with her debut series, The Poppy War, and she’s done it once again in this sweeping novel that blends historical fantasy and dark academia…If, as Babel suggests, words contain magic, then Kuang has written something spellbinding.” — Oprah Daily

“Absolutely phenomenal. One of the most brilliant, razor-sharp books I've had the pleasure of reading that isn't just an alternative fantastical history, but an interrogative one; one that grabs colonial history and the Industrial Revolution, turns it over, and shakes it out.” — S.A. Chakraborty, bestselling author of The City of Brass

“A fantastically made work, moving and enraging by turns, with an ending to blow down walls.” — The Guardian

"It's ambitious and powerful while displaying a deep love of language and literature...Dark academia as it should be."
— Kirkus Reviews

“The true magic of Kuang’s novel lies in its ability to be both rigorously academic and consistently welcoming to the reader, making translation on the page feel as enchanting and powerful as any effects it can achieve with the aid of silver.” — Oxford Review of Books

“R.F. Kuang has written a masterpiece. Through a meticulously researched and a wholly impressive deep dive into linguistics and the politics of language and translation, Kuang weaves a story that is part love-hate letter to academia, part scathing indictment of the colonial enterprise, and all fiery revolution.”
— Rebecca Roanhorse, New York Times bestselling author of Black Sun

"Babel is a masterpiece. A stunningly brilliant exploration of identity, belonging, the cost of empire and revolution—and the true power of language. Kuang has written the book the world has been waiting for." — Peng Shepherd, bestselling author of The Cartographers

"Kuang has outdone herself. Babel is brilliant, vicious, sensitive, epic, and intimate; it's both a love letter and a declaration of war. It's a perfect book."
— Alix E. Harrow, bestselling author of A Mirror Mended

“A brilliant and often harrowing exploration of violence, etymology, colonialism, and the intersections that run between them. Babel is as profound as it is moving.”
>  — Alexis Henderson, author of The Year of the Witching

“An astonishing mix of erudition and emotion. What Kuang has done here, I have never before seen in literature.” — Tochi Onyebuchi, author of Goliath

“If you only read one book this year, read this one. Through the incredibly believable alternative HF, Kuang has distilled the truth about imperialism and colonization in our world. Kuang’s depth of knowledge of history and linguistics is breathtaking. This book is a masterpiece in every sense of the word, a true privilege to read.”  — Jesse Sutanto, author of Dial A for Aunties

"A book that confirms Kuang as a major talent." — SFX

"BABEL is one of the finest standalone novels I’ve read. It is a victory for literature, and its quality is what every other dark academia novel should strive to be. Paying homage to the importance of languages, translations, identity, and ethnicities, BABEL is one of the most important works of the year." — Novel Notions 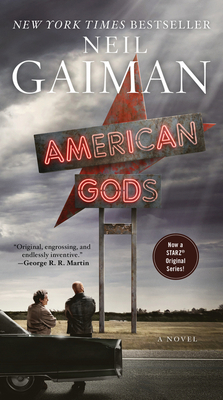